Mayor Schaaf told more than 250 people in attendance that meeting Marian Wright Edelman was a lifelong dream. Mayor Schaaf highlighted the need to address the challenges of inequity for children in Oakland: “This city is on fire for its children – and we are ready to do this work.” Angela Glover Blackwell, CEO of PolicyLink and board member at Children’s Defense Fund, introduced Marian Wright Edelman.

Marian Wright Edelman delivered a rousing address. “We have no right to give up on any child,” said Mrs. Edelman. CDF-CA Executive Director Alex Johnson closed out the event with a call to action to support the organization’s policy work in 2016: “We need to invest on the front end so we don’t have to invest more on the back end.”

San Francisco Mayor Edwin Lee and the Rosenberg Foundation hosted an evening reception at San Francisco City Hall. Mrs. Edelman called on the policy and foundation leaders in attendance to “raise of ruckus for children.”

View photos from the events 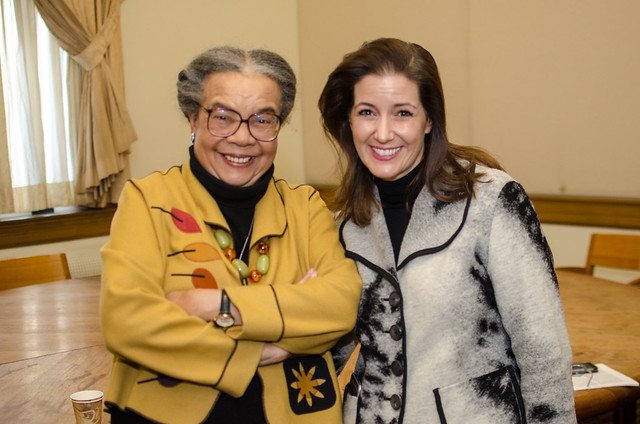 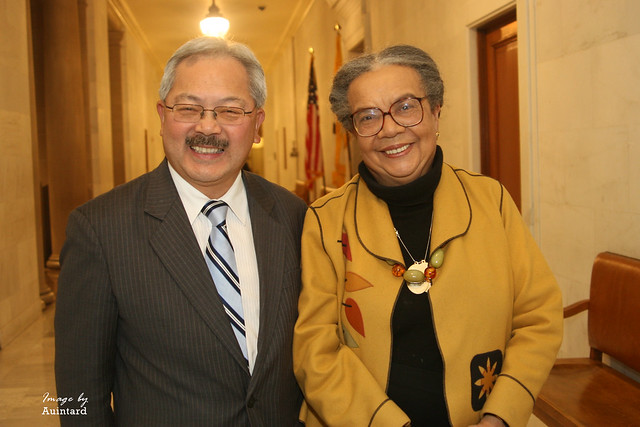